One of the finest

This is the story of how Amarla Boutique Hotel boutique hotel came to be one of the finest hotels in Cartagena walled city. It all started years ago, when on a visit to Cartagena we fell in love with the walled city. The enchanting mix of Caribbean history, traditional Spanish architecture and vibrant colours was captivating. The city’s quaint streets and bustling neighbourhoods felt like home to us. The merchant houses and family villas of old, now converted into hotels in Cartagena walled city, told stories of a past that intrigued and lingered in our minds. And so our search began.

From the moment we step through the doors stepped through the doors of this beautiful colonial house, we knew felt we had found our destiny. It was like walking into a bygone era, during the age of discovery and adventure.  Built in a time when Spanish merchants built large stately properties in colonial lands. The building tells a story of centuries of change, turmoil and triumph. The craftsmanship that has gone into its making is no longer seen. We named it ‘AMARLA’, the Spanish word meaning ‘to love’. It summed up our feelings and expresses our desire for our hotel to become one of the best hotels Cartagena walled city has ever seen. A home from home for travellers from around the world.

Today Amarla is considered by many of our guests to be one of the finest boutique hotels Cartagena walled city has to offer. When you stay with us you will discover why. From the moment you step though the doors you will be welcomed into our beautiful colonial home. During you visit, you’ll notice that our vision of a traveler’s place of rest comes to life throughout the hotel and in the many beautifully handcrafted items we’ve picked up on our own journeys. Our service warm and personable. Your host will be on hand throughout your stay to make sure you have everything you need.  We look forward to welcoming you and hearing your story soon.

‘It was such a wonderful hotel. We added an extra night because we did not want to leave. The hotel is so beautiful and perfectly decorated. Although the decor is stunning the staff is what made it feel so special.’

‘The hotel is absolutely beautiful and authentic. Nothing commercial about it – it’s stunning inside and out. The staff was amazing – they made us feel so comfortable and could not have been more hospitable.. I cannot recommend this place enough!’

The People Behind Amarla Boutique Hotel in Cartagena

You are in the capable, caring hands of a small group of devoted individuals who work in Amarla Boutique Hotel in Cartagena. Each staff member has a unique passion for Amarla playing a vital role in making our home yours. 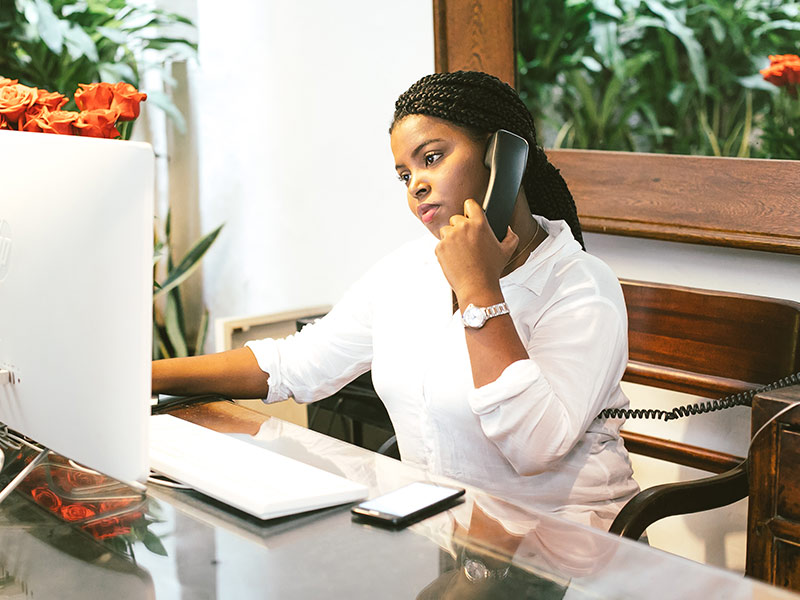 RUBY PORTOConcierge
Ruby is from Cali, the land of salsa and joy. She’s a singer, a music lover and a new horizon seeker. Her natural warmth always feels like she is giving you a hug. 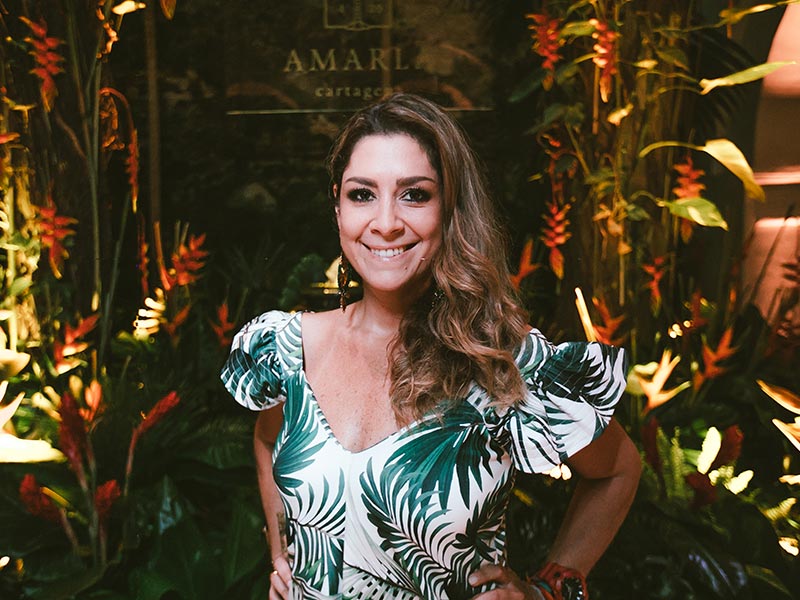 MARÍA EUGENIA CLAVIJO Manager
Care, openness, good humor, and sensitivity are the marks of María from Barranquillera. She loves to travel, to paint, and to welcome guests into our house. 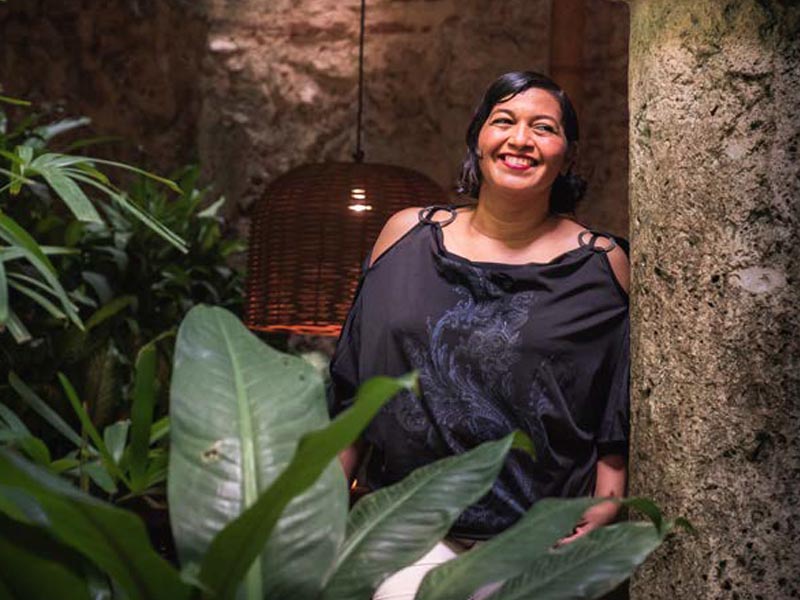 ESTELA QUIROZChef
You can taste the passion in every mouthful of Estela’s food. She is from Cartagena and brings the city’s best flavors to the table with simple but delicious details. 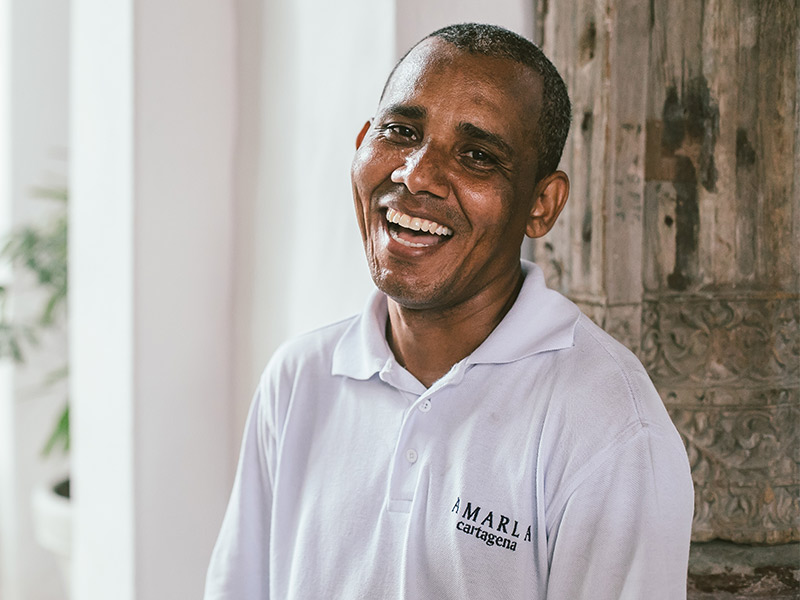 ARMANDO MORALESSecurity & service
A great dancer who is always in a good mood, Armando is as hardworking as he is charming. He comes from Venezuela where devotion is everything. You’ll feel it. 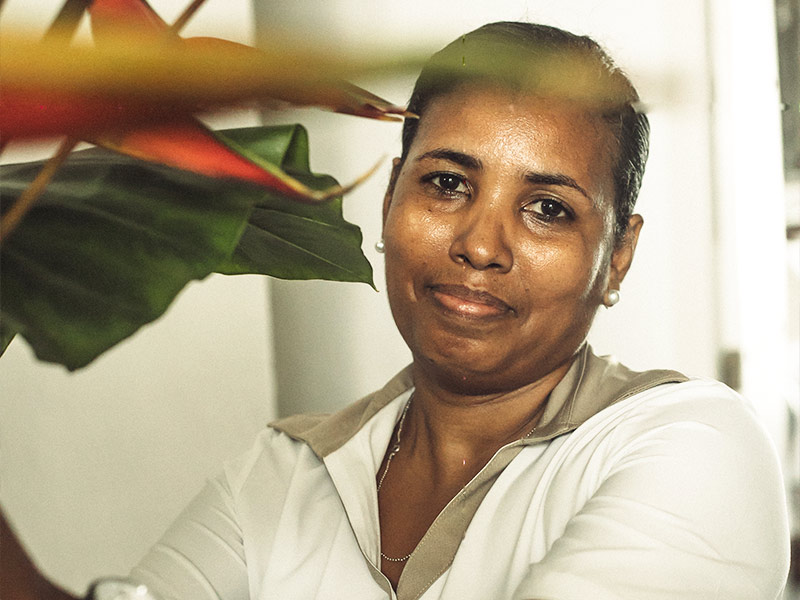 ROCÍO RÍOSHousekeeping
Our Cartagena born perfectionist, she gives everything her all and is always in good spirits. When she isn’t making Amarla a better place, she’s making music.

The History of Cartagena Walled City

Cartagena was founded on 1 June 1533 by the Spanish commander, Don Pedro de Heredia, in the former location of the indigenous Caribbean Calamarí village. The town was named after the port city of Cartagena, in Murcia in southeast Spain, where most of Heredia’s sailors had resided. Before the Spanish conquest, several different indigenous groups that now have descendants in other areas of Colombia and South America inhabited this land—they had abandoned Cartagena before the Spanish arrived. When word spread that gold had been found in the tombs of indigenous leaders, many people began arriving to Cartagena, allowing the area to grow from a village to a city.

One of the finest

Amarla boutique hotel is one of the finest hotels in Cartagena Old City. Often referred to as the walled city of Cartagena Colombia, Cartagena Old City is one of the most popular places to visit whilst traveling in Columbia. It is a vibrant, magical place, where rich architectural history, great shopping and lively outdoor cafes collide in perfect synergy. The world class restaurants, authentic street stands and vibrant night life make this city a must visit.

As you wonder the cobbled stone streets, you will notice the flower filled balconies that jut out of the colourful old merchant homes. Known as “case altas” or two-story houses, the these historic homes line the narrow streets which lead to the many tree-lined squares, historic churches, museums and monasteries, creating the most vibrant and seductive backdrop. The peaceful atmosphere has lulled even the traffic which seems to move at a more gentle pace even at Puerta del Reloj – which was once the main city gate named for its iconic clock tower. The ancient defensive walls of up to 20 m thick and 11km long, surrounded the entire city and give this UNESCO heritage site its name. The fort, which was built by the Spanish in the 16th century, still dominates part of the walled city of Cartagena’s landscape. Built to protect the city from pirates, the once dreaded dungeons have long since been transformed and now are home to a row of artisan shops and a colourful craft market.

With its beautiful buildings, elegant colonial architecture, rich history and its lovely people, the walled city is an idillic place to wonder about and get lost in. The Walled City is the home to the prestigious University of Cartagena and several other schools and government offices. During the day, the bustling streets are filled with with locals students and workers and  venders selling anything from fruit to artisan crafts. At night, the streets come alive as the area’s bar and restaurants fill up and the street performers take to the street ready to serenade you as you as you dine on the breezy plazas. Horse drawn carriages are also a typical sight on the streets of the old city of Cartagena, evoking colonial nostalgia of a bygone era.